I was thrilled to be interviewed recently on Carly Kade’s equestrian author spotlight podcast! Check out our conversation on writing, publishing, horses, and my Dark Horse series on her website, and discover lots of other great horse book authors while you’re there! 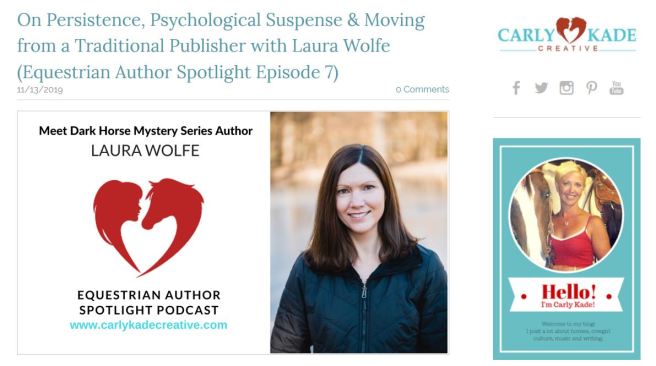 Listen to the audio-only version

Many thanks to Carly Kade for the opportunity. Visit her website HERE!

It’s been a while since I’ve posted about my current works-in-progress. Maybe that’s because I was hoping to wait long enough to share some good news. While I’ve spent the last ten months diligently writing my newest manuscript, a psychological thriller entitled, THE SPACE BETWEEN, my agent has been submitting TOP PRODUCER (my completed suspense novel) to the larger publishing houses. We’ve spent weeks patiently waiting and receiving bits and pieces of feedback–some positive, some negative, but so far no “takers.”

After three months, my agent and I had to decide what the next move would be. Keep submitting? Or…revise based on the feedback I’ve received from the editors who’ve read TOP PRODUCER.

A part of me wanted to keep submitting, hoping we just hadn’t found that one person who could connect with the characters and see the brilliance of my writing:) Admittedly, this desire may have been spurred by the harrowing thought of digging back into a manuscript I thought I’d already completed. Something deep inside me knew what I had to do. Revise. Again. 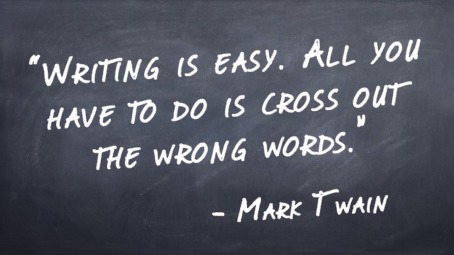 It might be important to note that I’ve already rewritten Top Producer three times. Three times! But after having a year away from it and armed with feedback from some major editors, I felt a renewed burst of determination and inspiration to make it better.

With the two comments I received from multiple editors–1) I wished the main character was a woman, and 2) the pacing in the first half of the book is too slow, I’ve begun digging back in. Some friends have joked that my revision is as simple as doing a find and replace of “he” to “she.” Oh, how I wish that was the case! As it turns out, changing my leading man to a leading lady alters not only the character, but major plot points of my book. I’d become attached to my main man, so killing him off was a little bit painful. Surprisingly, I’m beginning to love my new main character (her name is Mara) even more. She’s insecure, but determined. She does some dishonest things, but for honorable reasons. She wants to shed a few pounds, but she loves chocolate and beer. You get the picture.

Secondly, going back over my manuscript after a year away from it has been an enlightening experience. There are so many places where I’ve been able to enhance the description, cut out unnecessary back story (thus increasing the pacing), and create more likeable, well-rounded characters. I’ve even been able to add a few scenes to up the stakes and make the reader realize early on that there is something very wrong with Mara’s new “dream” job with this successful Chicago realtor.

As for my more recent manuscript, THE SPACE BETWEEN, I’m almost finished with my first round of revisions and am hoping it will go out on submission soon. I’ll keep on revising TOP PRODUCER while we wait. Oh, the joys of writing and publishing! But as they say, “The harder you work, the luckier you get.” I’m trying to remain hopeful that “luck” will find me soon.

How is your work-in-progress going? I’d love to hear your revision success stories! 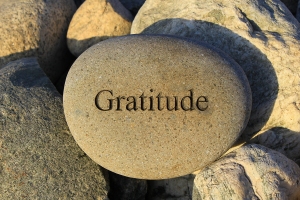 For my first post of 2018, I thought I’d write about one of my New Year’s resolutions–to be grateful everyday. In all aspects of my life I’m making a conscious effort to be grateful for what I have, rather than focusing on what I wish I could change, or comparing myself to others who (seemingly) have more than me. I’ve learned from others who are wiser than me that being grateful is one of the easiest ways to be happy. Gratitude forces me to focus on the positive rather than the negative. I’m a big believer that positive energy attracts more positive things into my life, and vice versa.

I’m extending my mindful gratitude to my writing journey. Those of us who write know 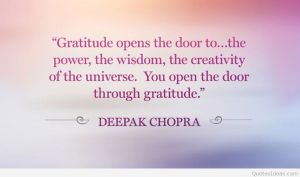 how easy it is to get down about the business, dwell on slow book sales and rejections, or wonder why certain friends refuse to read our books. None of those thoughts are productive, though. So, instead, I’ve gotten into the habit of writing down five things I’m grateful for every day. Here’s an example of one of my writing-related gratitude lists (For the purpose of this post, I’ve added explanations after each item):

The things I’m grateful for don’t need to be big events or life-changing news. Some examples from last week–I wrote 500 words today, I found a writing conference I’d like to attend, or someone left a positive review of my book on Amazon. When I don’t have time to write these things down, I’ve found just thinking about them during a quiet moment is equally as effective.

Have you practiced gratitude in your writing? What were the results? 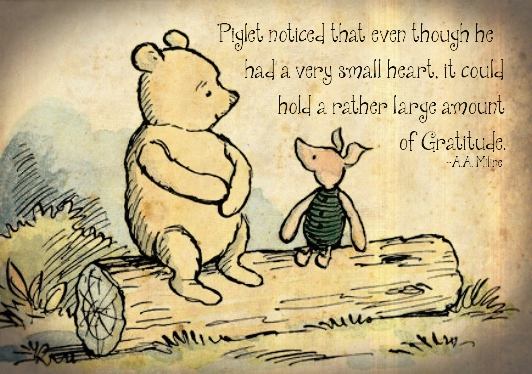 Secret confession:  I sometimes find marketing my own books tedious and frustrating. (Shocking, isn’t it?) I’ve made full use of Facebook, Instagram and Twitter to get the word out, but my reach is limited and I’ve had to face the cold truth that not all of my friends and family want to read my books, much less help me with marketing. I decided to try something new with the recent release of my second YA novel, Barn Shadows. Enter Thunderclap…

You might be wondering, what is a Thunderclap? Basically, it is an online crowdspeaking platform that allows you to connect with other people’s social media accounts in order share a message. First, you have to create a campaign. (For example, my campaign was the Book Launch for Barn Shadows.) Within your campaign, you can post photos, write some backstory, and link to a website. Next, you invite people to join your Thunderclap. They will receive a message informing them of the date and time that your Thunderclap message will go out and they can choose whether to authorize their social media accounts (Facebook, Twitter, and Tumblr) to share the message. I timed my Thunderclap to go out on the day of my book release. It’s fun to watch your social reach grow as each person joins your Thunderclap. 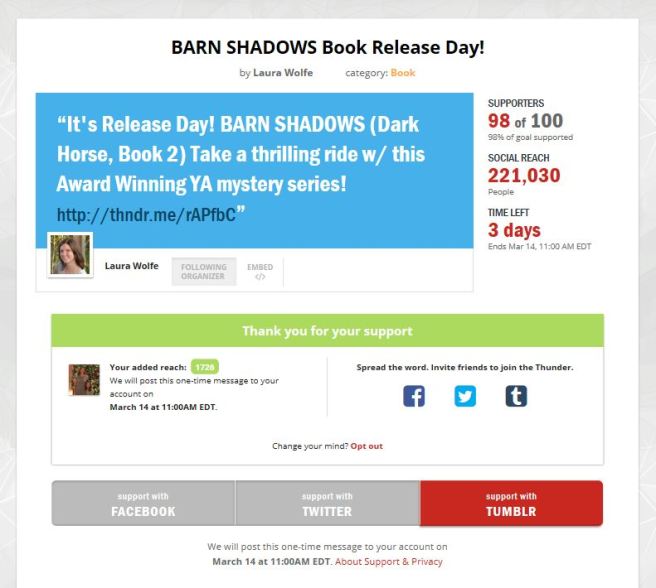 Thunderclap is free, as long as you reach the required number of supporters (100). There are also paid versions for people who can’t reach up to 100 supporters. I joined a Facebook group where people supported each other’s Thunderclap campaigns. Between the Facebook group and my friends, family and writing colleagues, I easily reached 100 supporters by my end date. Here’s what my final numbers and social reach looked like… 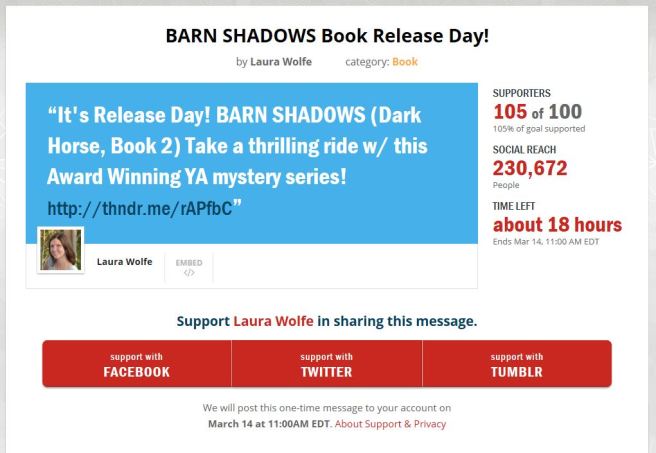 So I reached 230,672 people, instead of just 3,000 of my own Twitter followers and 250 of my Facebook followers. I was happy I took a chance on Thunderclap. It worked out for me, as I saw a big spike in sales on the first day my book was released. I have to assume at least some of those sales were generated by the increased exposure from the Thunderclap campaign. It was easy to use and FREE. I recommend giving it a try to any of my fellow authors who have a book release coming up. What do you have to lose?

This month, I’ve been honored to participate in a promotion sponsored by my publisher, Fire & Ice, to celebrate strong female characters in YA books–including my own Brynlei Leighton! I posted the calendar of events a week or so ago, but today I’m posting a reminder about a few exciting things… 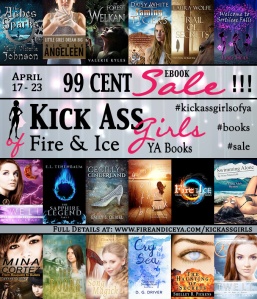 First, the epic 99-cent eBook Sale is happening now! This is such a great opportunity to try out some great new authors and their books in a variety of YA genres. The full list of books offered in this sale is HERE. (Note: Trail of Secrets is on the list!)

Not sure which books to buy? Eight Fire & Ice authors (including yours truly) have written short stories featuring our kickass female characters! Download our FREE Kickass Girls of Fire & Ice anthology on Amazon, B&N or Smashwords, and test the waters with a variety of characters, genres and authors. 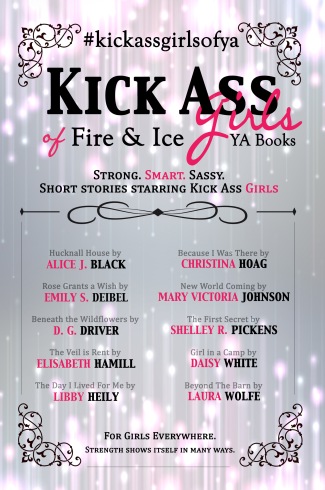 Second, there’s an exciting Rafflecopter Giveaway also happening now! Just click HERE for your chance to win and eBook bundle from Fire & Ice (you choose which books you win!)

Next, please join the Kickass Girls of YA Facebook Party on Saturday, April 22nd. I’ll be hosting between 10-10:30am, but the party lasts from 10am-2pm with different authors hosting every half hour. Check it out to win entries for great prizes and swag, including autographed print books!
Finally, don’t forget our Twitter chats on Friday nights from 9-10pm EST. Use the hashtag #kickassgirlsofya to connect! Good luck and have fun! 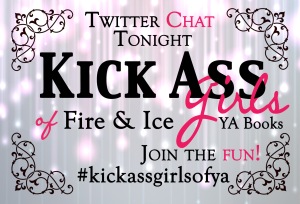 Today is the Day for my Book Release! 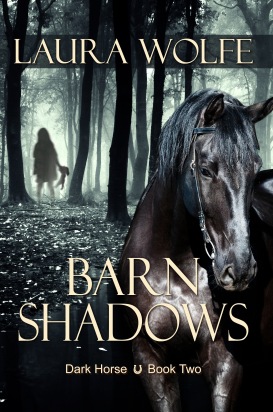 The second book in my YA mystery “Dark Horse” series–BARN SHADOWS–is now available in PRINT and KINDLE and on KOBO!

While BARN SHADOWS can stand alone, I recommend reading Book One–TRAIL OF SECRETS–first because the second book gives away the ending of the first book.

A year after her tumultuous exit from the prestigious Foxwoode Riding Academy, seventeen year-old Brynlei returns determined to confront her demons and win Foxwoode’s elite Top Rider Award. When she stumbles over an antique doll at the construction site of a new barn, a series of inexplicable occurrences force her to question whether her condition as a “Highly-Sensitive Person” is to blame or if something more sinister is at play.

As Brynlei becomes consumed with discovering the history of the unearthed doll, the bizarre happenings escalate to dangerous levels. She soon realizes that someone close to her is lying. But who? Could a decades-old tragedy and the threatening events at Foxwoode be more closely entwined than she ever imagined?

Thanks for stopping by and supporting my books! 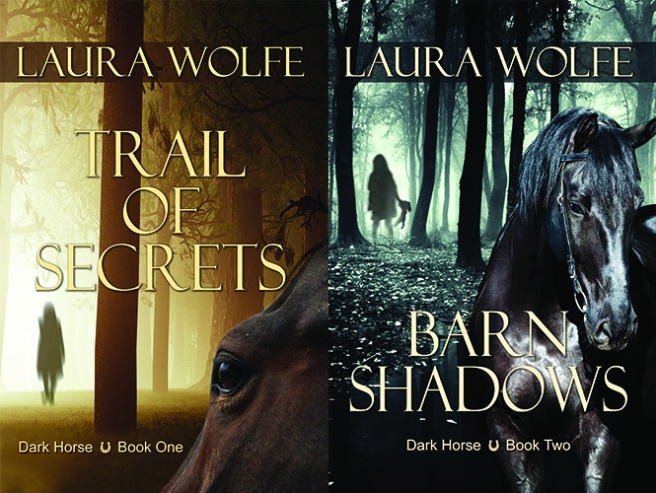 I’m so excited to share the cover of my new YA Mystery, BARN SHADOWS (Dark Horse, Book Two) which will be released March 14, 2017! Many thanks to Caroline Andrus who is a cover designer with my publisher, Fire and Ice. Her design captures the essence of my story while tying it in perfectly with the first book in the series–TRAIL OF SECRETS. I also love, love, love the color scheme! So without further ado… 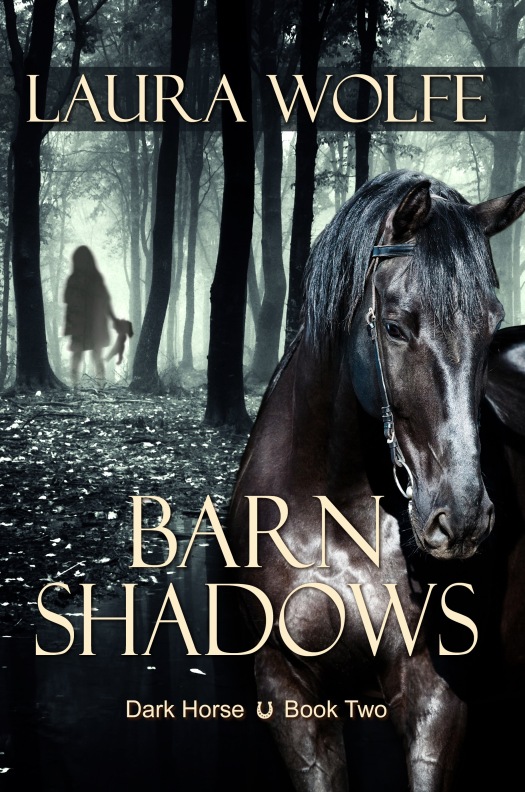 Does the cover make you want to know more? Here’s the back cover blurb:

The darkest secrets can be found in the most innocent places…

Brynlei returns to the prestigious Foxwoode Riding Academy determined to work through her condition as a “highly sensitive person” and win the Top Rider Award. When she stumbles over an antique doll near the construction site of a new barn, a series of inexplicable occurrences force her to confront another one of Foxwoode’s long-buried secrets.

Meanwhile, swirling rumors of Foxwoode’s strained finances, the arrival of a strange new girl in her cabin, and a brush-off by Brynlei’s former love-interest contribute to the troubled atmosphere and distract her from her riding. After a suspicious fire threatens her life, Brynlei realizes someone close to her is lying. But who? Could a decades-old tragedy and the dangerous happenings at Foxwoode be more closely entwined than she ever imagined?

For those of you who haven’t read Book One yet–don’t worry! There’s still time… In the meantime, thanks for stopping by and let me know what you think of the new cover! 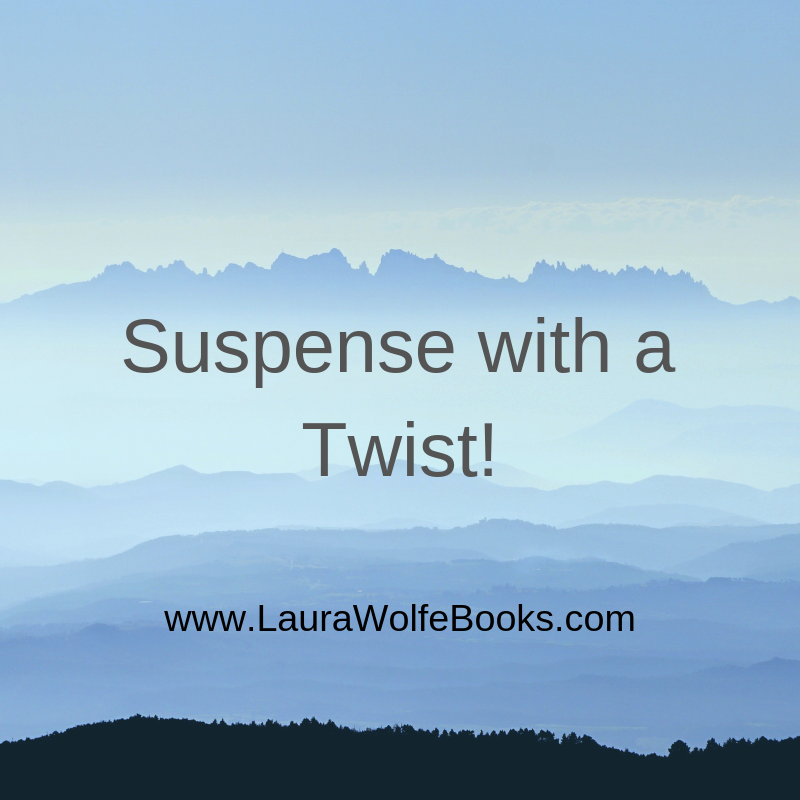 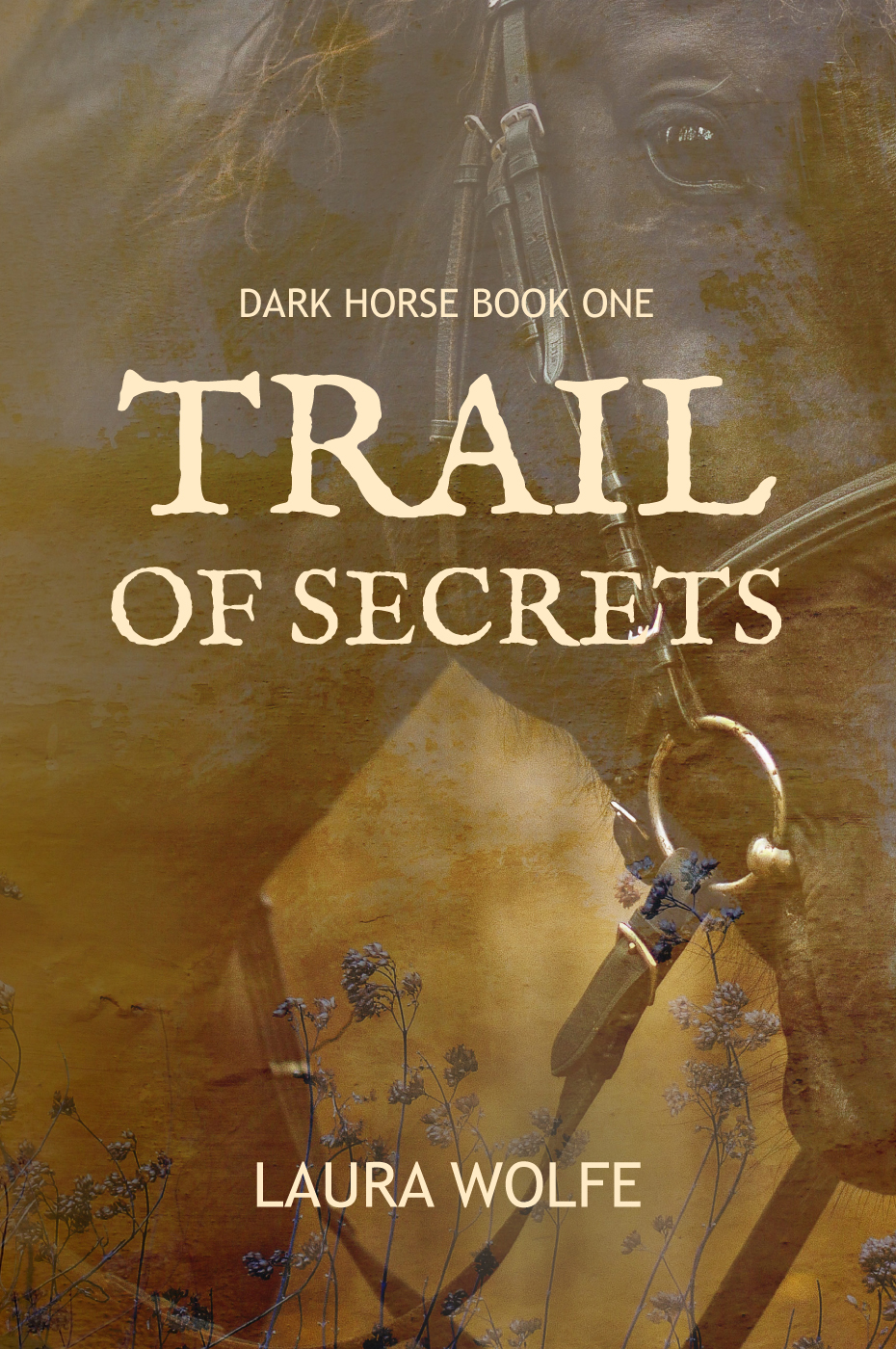 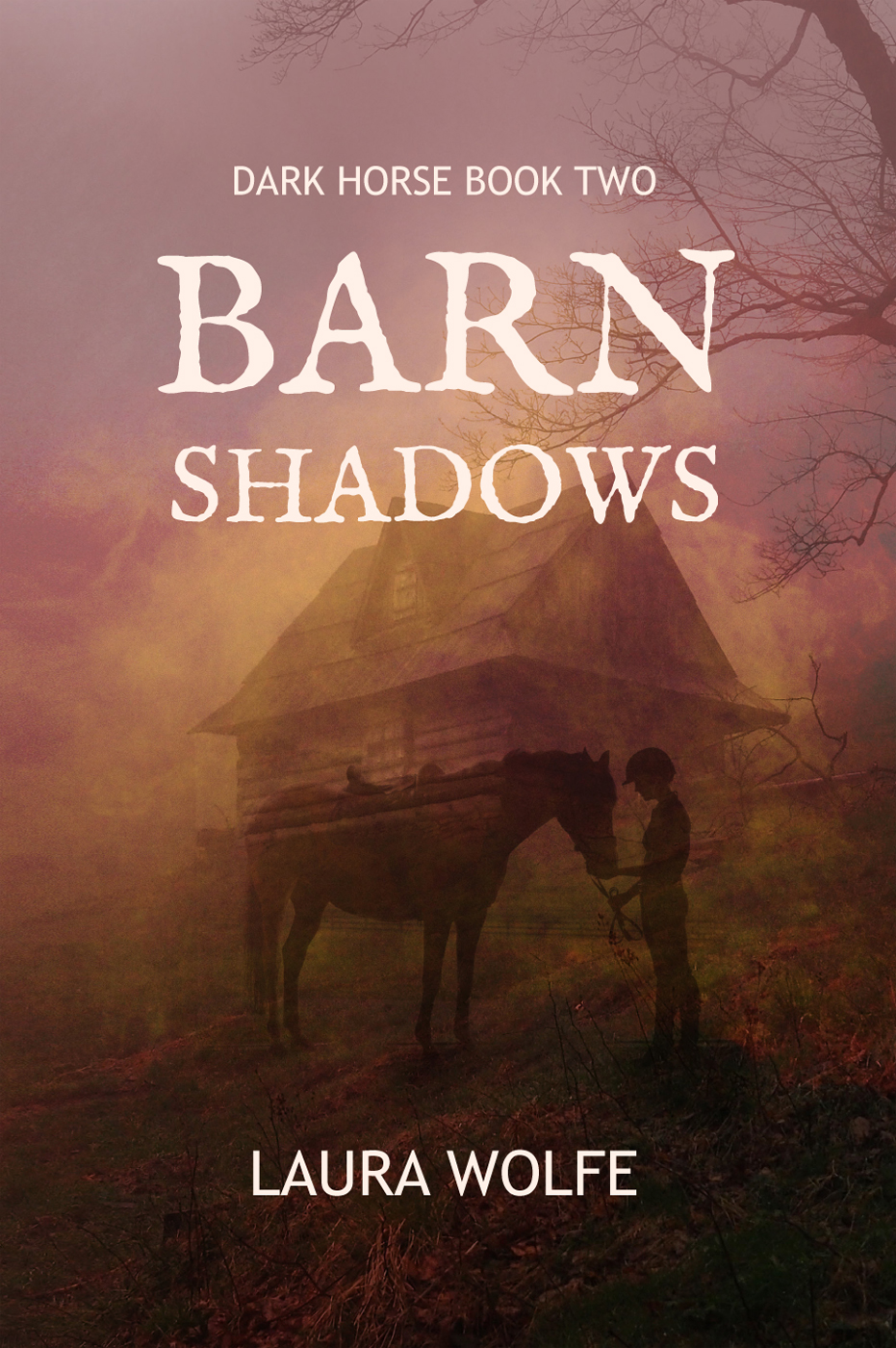 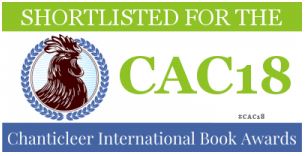 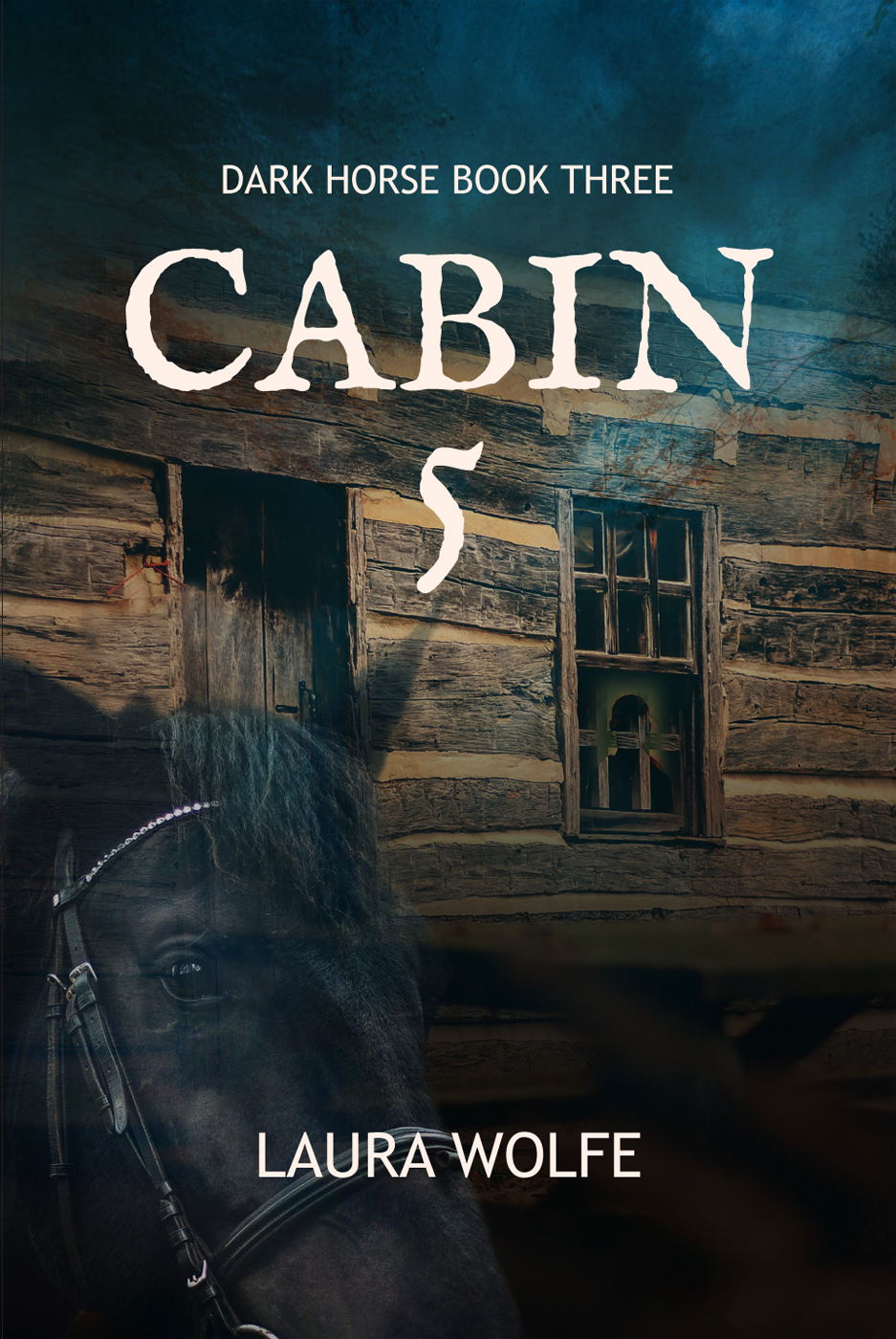 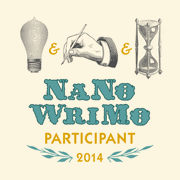 The Sustainable Writer
Blog at WordPress.com.